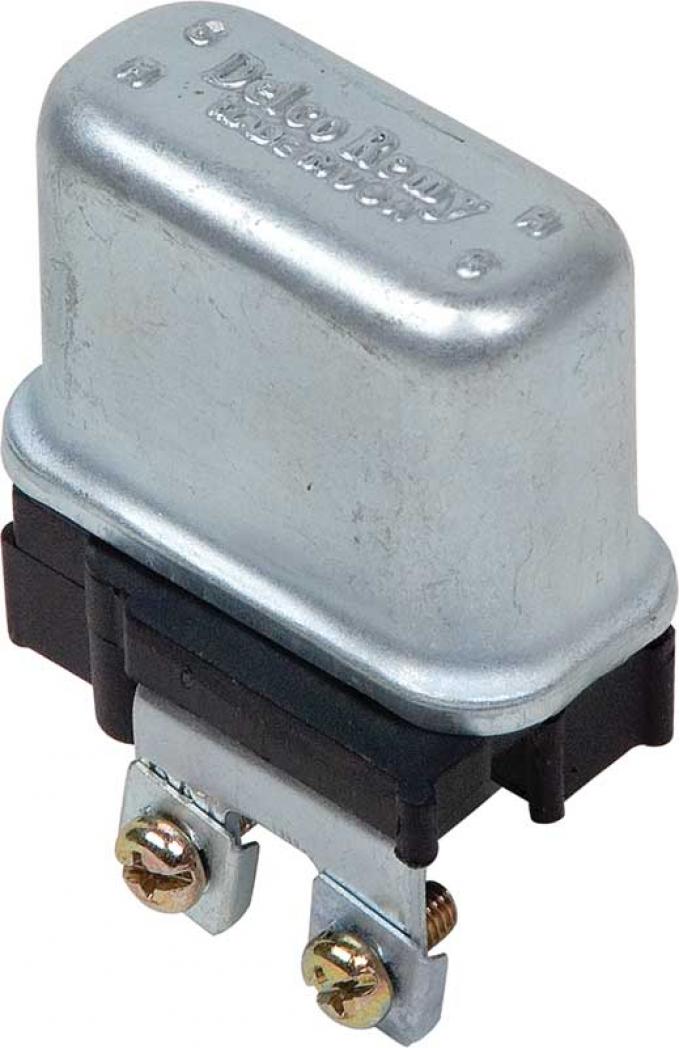 0 reviewsWrite a Review Add to Wish List
As of 3/23/2021 OER continues to experience delays in shipments of up to 45 days.  If you purchase this product and we do not have it in stock, your order may be delayed.  Please contact us to find out available options.
Select a Vehicle or refer to the Vehicle Fitment Tab below to verify that this part fits your vehicle.

Reproduction Delco-Remy horn relay for various 1969-71 GM models. Each horn relay is manufactured to OE specifications and features the "Delco-Remy" insignia stamped on the front of the casing and 12-V stamped on the back of the casing offering originality. The insulator on the base is produced in black as original beginning in January 1969. Fits all 1968 Oldsmobile (except Toronado), 1967-68 Pontiac Firebird, and 1971 Pontiac Ventura among other models. Replaces GM # 1115889 and Delco # D1756.

OER® was established in the early 1980's to manufacture original equipment reproductions where every part is meticulously reproduced to exact factory specifications. All OER® parts are reverse engineered or manufactured using original blueprints when available to ensure the closest possible reproduction available on the market. When available, original factory tooling is utilized to insure complete originality. Our mission is to supply the highest quality parts available for the enthusiast and serious restorer. Whether you're a serious restorer, or just someone who wants a replacement part for your classic vehicle, OER® is the source for the finest quality parts on the market. Today, OER® is the most recognized brand in automotive restoration parts. Choose OER® for all your restoration needs.