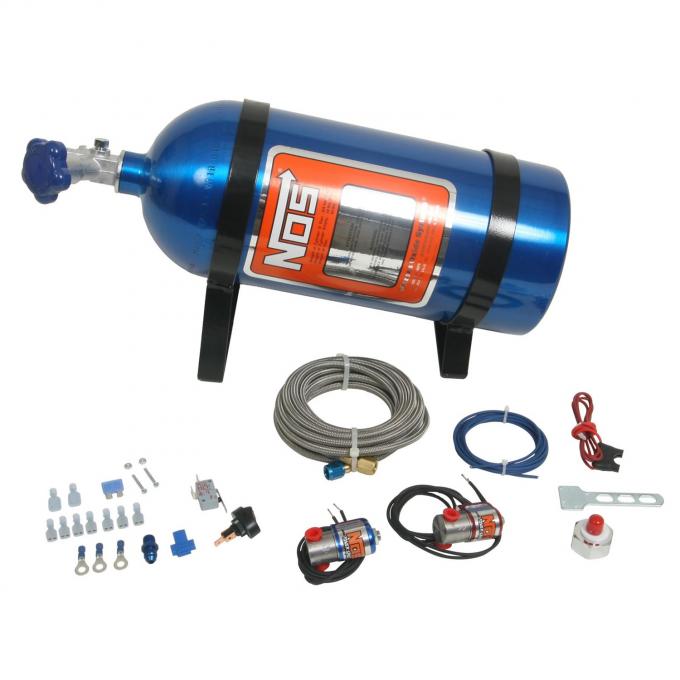 CALL US
844.323.8388
Description Downloads Video Specifications Reviews (0) Product Q&A
NOS Powershot nitrous oxide systems are an excellent way to increase the horsepower of your engine. They use a thin, 1/2 in. injector plate that fits between your intake and carburetor. Highly accurate spray bars within the plate simultaneously inject both nitrous and fuel into the manifold, creating a smooth rush of extra power on demand. They're easy to install and are factory-preset to provide 125 hp for V8 applications or 90 hp for V6s.
Features:
Holley Performance Emission Code 4: This part is legal for sale or use on Racing Use Only Vehicles. The following vehicles are considered Racing Use Only Vehicles: Racing Use Only Vehicles are vehicles that are used exclusively for competition that are not registered and that may never be used on the street. WARNING: It is against the law to install this part on an Emissions Controlled Vehicle
Installation Notes:
To supply the proper amount of fuel to the carburetor and the Powershot System, a fuel pump must be used that is designed to operate between 4.5 and 7 psi, with a flow rate of 0.1 gallons per horsepower at 6 psi. For example, an engine that produces 350 horsepower when the Powershot System is activated will require a fuel pump that flows at least 35 gallons per hour at 6 PSI. This system is not adjustable.

NOS Powershot Nitrous System 05000NOS:
Reason for Inquiry:
* Your Name:
* Email (This will not be displayed)
Question:
Ask Question
www.motorcityvettes.com is owned and operated by Corvette Warehouse, LLC