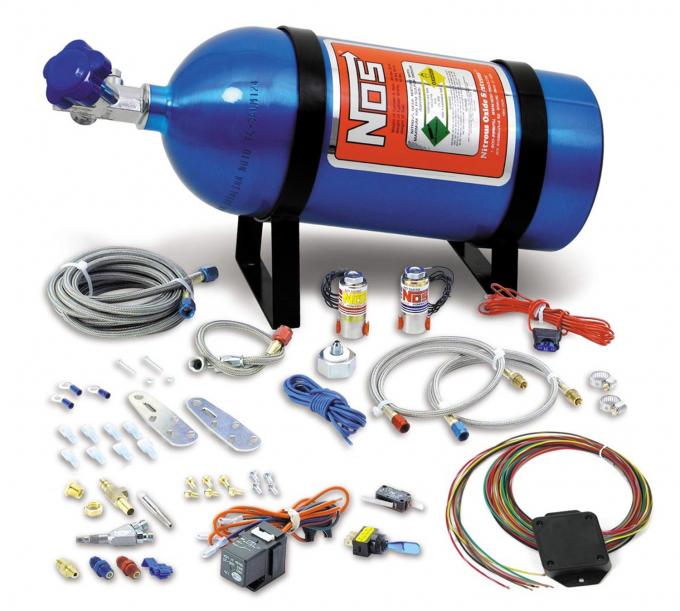 CALL US
844.323.8388
Description Downloads Specifications Reviews (0) Product Q&A
Designed to work on sequential firing, multipoint fuel Injection systems, the NOS Universal Drive–By–Wire kits allows for trouble free easy nitrous activation. And, since it's an NOS kit, you know that it has been thoroughly dyno–tested on numerous vehicles. The highest–quality NOS components are utilized for the best–looking, universal 4 and 6 cylinder multi–point EFI engines with Drive–By–Wire throttle control.
Features:
Holley Performance Emission Code 4: This part is legal for sale or use on Racing Use Only Vehicles. The following vehicles are considered Racing Use Only Vehicles: Racing Use Only Vehicles are vehicles that are used exclusively for competition that are not registered and that may never be used on the street. WARNING: It is against the law to install this part on an Emissions Controlled Vehicle
Installation Notes:
The NOS Multi-Fit Drive-By-Wire WOT kits WILL work on "falling" TPS signal vehicles (ex. Low throttle is 5 volts, high throttle is approximately 1 volt, such as the 2005 and up LS2 GM engine)

NOS Multi-Fit Drive-By-Wire Wet Nitrous Kit 05135NOS:
Reason for Inquiry:
* Your Name:
* Email (This will not be displayed)
Question:
Ask Question
www.motorcityvettes.com is owned and operated by Corvette Warehouse, LLC