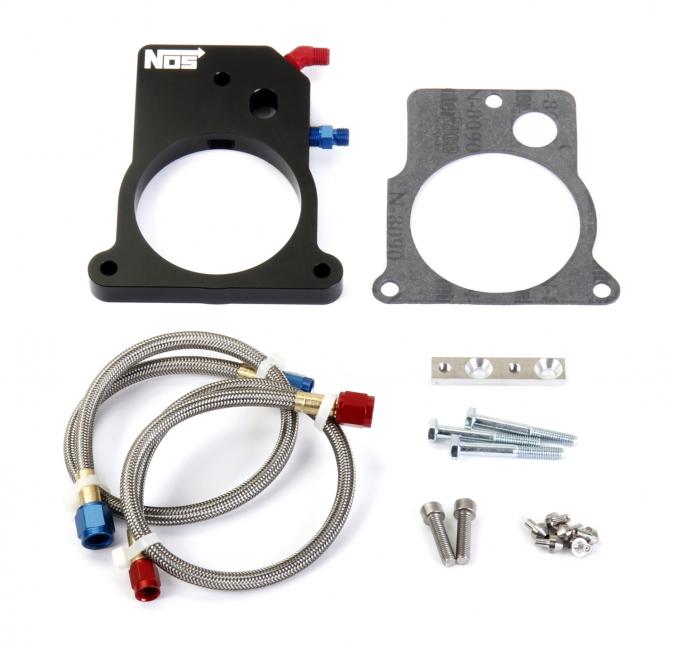 CALL US
844.323.8388
Description Vehicle Fitment Downloads Specifications Reviews (0) Product Q&A
Assure a steady, precise metered flow of nitrous and fuel for reliability. Backed with years of laboratory research, as well as dyno and drag strip testing. NOS Injector Plates are available for those who want to build their own system or upgrade their current nitrous system without having to go through the expense of a new complete system. Unless specified, NOS Injector plates incorporate a low profile 1/2 inch thick design and are constructed of solid billet or die cast aluminum with a durable black finish. Included are all applicable gaskets, studs, jets and plumbing.
Features:
Holley Performance Emission Code 4: This part is legal for sale or use on Racing Use Only Vehicles. The following vehicles are considered Racing Use Only Vehicles: Racing Use Only Vehicles are vehicles that are used exclusively for competition that are not registered and that may never be used on the street. WARNING: It is against the law to install this part on an Emissions Controlled Vehicle

NOS LS1 OEM Fuel Injection Plate 13434NOS:
Reason for Inquiry:
* Your Name:
* Email (This will not be displayed)
Question:
Ask Question
www.motorcityvettes.com is owned and operated by Corvette Warehouse, LLC