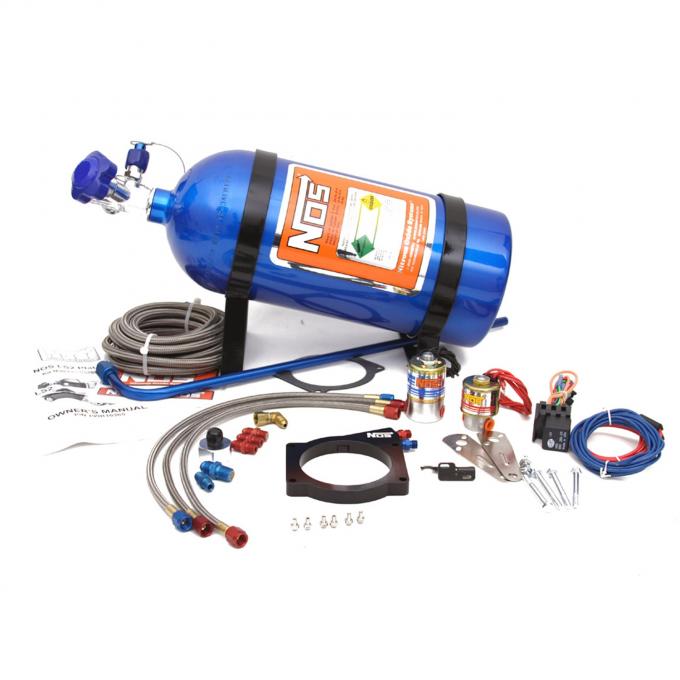 CALL US
844.323.8388
Description Vehicle Fitment Downloads Video Specifications Reviews (0) Product Q&A
The NOS LS2 plate system uses a billet plate with no spray bars. This unique design allows better atomization which prevents fuel puddles in your manifold and provides the best cylinder to cylinder distribution for maximum power. This is no ordinary low HP kit. The plate and Solenoids supplied will easily support 200HP.
Features:
Holley Performance Emission Code 4: This part is legal for sale or use on Racing Use Only Vehicles. The following vehicles are considered Racing Use Only Vehicles: Racing Use Only Vehicles are vehicles that are used exclusively for competition that are not registered and that may never be used on the street. WARNING: It is against the law to install this part on an Emissions Controlled Vehicle

NOS GM LS2 Plate Nitrous System 05169NOS:
Reason for Inquiry:
* Your Name:
* Email (This will not be displayed)
Question:
Ask Question
www.motorcityvettes.com is owned and operated by Corvette Warehouse, LLC