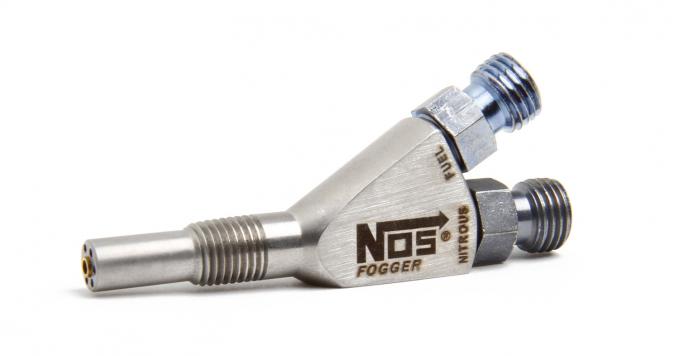 CALL US
844.323.8388
Description Downloads Specifications Reviews (0) Product Q&A
The original, patented NOS Fogger(TM) nozzle revolutionized the way nitrous oxide and fuel were dispersed into an engine. And to this day, there's nothing better than it for a variety of applications. Changing power levels takes only seconds and is simply a matter of changing the fuel and nitrous jets on the nozzle. The original Fogger Nozzles are made from brass and have a black finish. They feature an etched NOS logo and tags for fuel and N20 identification during installation or jet changes.
Features:
Holley Performance Emission Code 4: This part is legal for sale or use on Racing Use Only Vehicles. The following vehicles are considered Racing Use Only Vehicles: Racing Use Only Vehicles are vehicles that are used exclusively for competition that are not registered and that may never be used on the street. WARNING: It is against the law to install this part on an Emissions Controlled Vehicle
Installation Notes:
Also available in 8 packs - P/N 13700R-8NOS

NOS Fogger Nozzle 13700RNOS:
Reason for Inquiry:
* Your Name:
* Email (This will not be displayed)
Question:
Ask Question
www.motorcityvettes.com is owned and operated by Corvette Warehouse, LLC