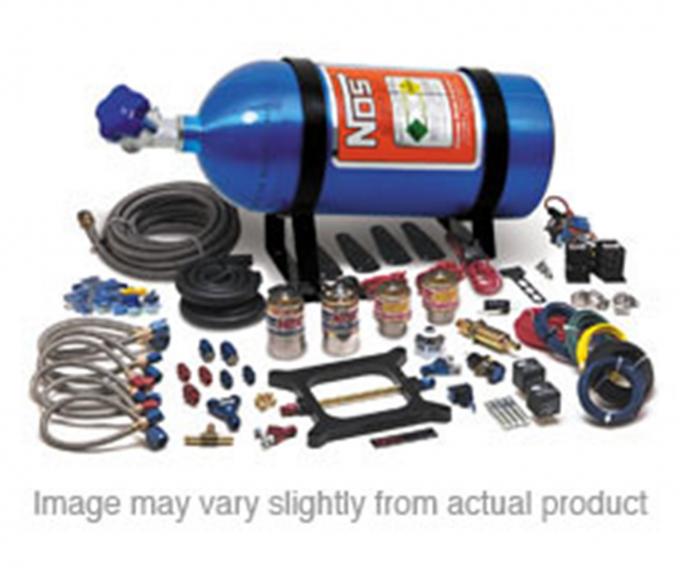 CALL US
844.323.8388
Description Downloads Video Specifications Reviews (0) Product Q&A
Not all race cars can benefit from getting an instant boost of up to 400 horsepower, as is the case with the NOS Big Shot Single Stage systems. This is because the vehicle's tires and chassis may not be able to cope with the additional horsepower, resulting in a severe loss of traction. To provide for a more gradual application of power, NOS offers highly effective Big Shot Dual Stage systems. These systems incorporate two sets of nitrous and fuel solenoids so that power can be added in two events.
Features:
Holley Performance Emission Code 4: This part is legal for sale or use on Racing Use Only Vehicles. The following vehicles are considered Racing Use Only Vehicles: Racing Use Only Vehicles are vehicles that are used exclusively for competition that are not registered and that may never be used on the street. WARNING: It is against the law to install this part on an Emissions Controlled Vehicle
Installation Notes:
To supply the proper amount of fuel to the carburetor and the Big Shot System, a fuel pump must be used that is designed to operate between 4.5 and 7 psi, with a flow rate of 0.1 gallons per horsepower at 6 psi. For example, an engine that produces 350 horsepower when the Big Shot System is activated will require a fuel pump that flows at least 35 gallons per hour at 6 psi.