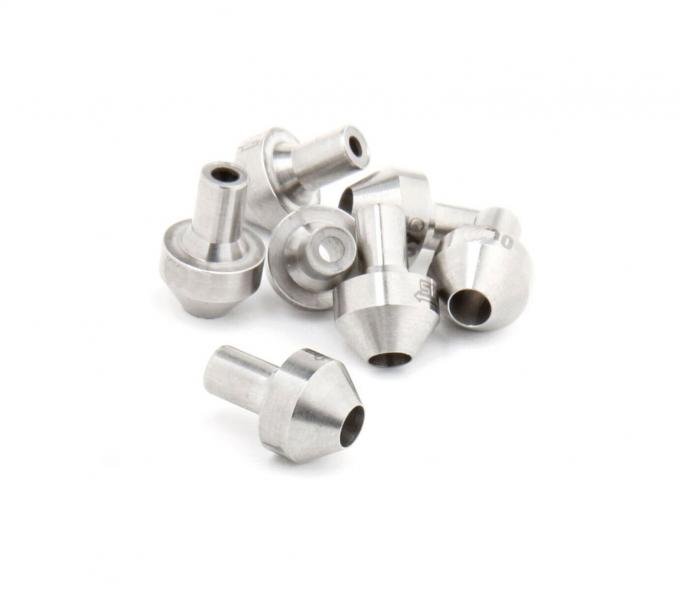 CALL US
844.323.8388
Description Downloads Specifications Reviews (0) Product Q&A
NOS worked with experts in precision hole drilling to develop a proprietary manufacturing process for our new precision SS jets during years of exhaustive research and development. The result significantly raises the bar in terms of jet accuracy and precision and renders all the competition's Jets obsolete. NOS is the only nitrous manufacturer to 100 percent individually flow–test jets. Protect your investment with NOS precision SS jets. Pack of 8. Includes 2 of each size: 63,73,82 and 93.
Features:
Holley Performance Emission Code 5: This part is legal for sale or use on Emissions Controlled Vehicles; Uncontrolled (Non-Emissions Controlled) Vehicles; and Racing Use Only Vehicles because it does not affect vehicle emissions and is not covered by emissions regulations
Installation Notes:
To provide dealers with a large selection of jets for various applications, and to give racers a wide range of tuning options, NOS has assembled a number of Master Jet Packs. Also available are replacement plate jet packs, and eight packs for Fogger Direct Port kits.

NOS Cheater Nitrous Flare Jet Pack 13726NOS:
Reason for Inquiry:
* Your Name:
* Email (This will not be displayed)
Question:
Ask Question
www.motorcityvettes.com is owned and operated by Corvette Warehouse, LLC