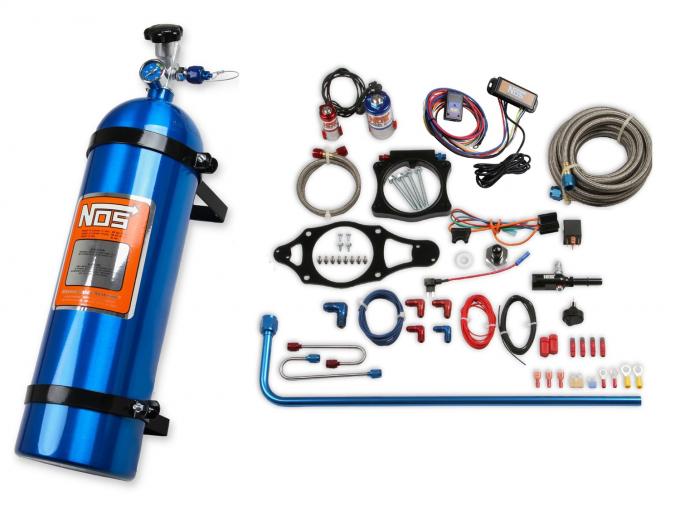 CALL US
844.323.8388
Description Vehicle Fitment Downloads Specifications Reviews (0) Product Q&A
Add more power to that C7 Corvette w/ the Gen-V LT 6.2L engine. These complete nitrous systems include everything needed for installation, and include a Mini 2-stage progressive controller for exceptionally smooth power delivery. The nitrous plate is machined from billet 6061-T6 aluminum then anodized black for great looks under the hood
Features:
Holley Performance Emission Code 3: This part is legal for sale and use on Uncontrolled (Non-Emissions Controlled) Vehicles and Racing Use Only Vehicles. The following vehicles are considered Uncontrolled (Non-Emissions Controlled) Vehicles: 1965 and older U.S. manufactured California Certified vehicles/1967 and older U.S. manufactured Federally Certified vehicles/1967 and older Foreign manufactured vehicle. The following vehicles are considered Racing Use Only Vehicles: Racing Use Only Vehicles are vehicles that are used exclusively for competition and that are not registered and that may never be used on the street. WARNING: It is against the law to install this part on an Emissions Controlled Vehicle. The following vehicles are considered Emissions Controlled Vehicles: 1966 and newer U.S. manufactured California Certified vehicles/1968 and newer U.S. manufactured Federally Certified vehicles/1968 and newer Foreign manufactured vehicle
Installation Notes:
Does not fit ZR1 Model w/ Supercharged 6.2L Engine.