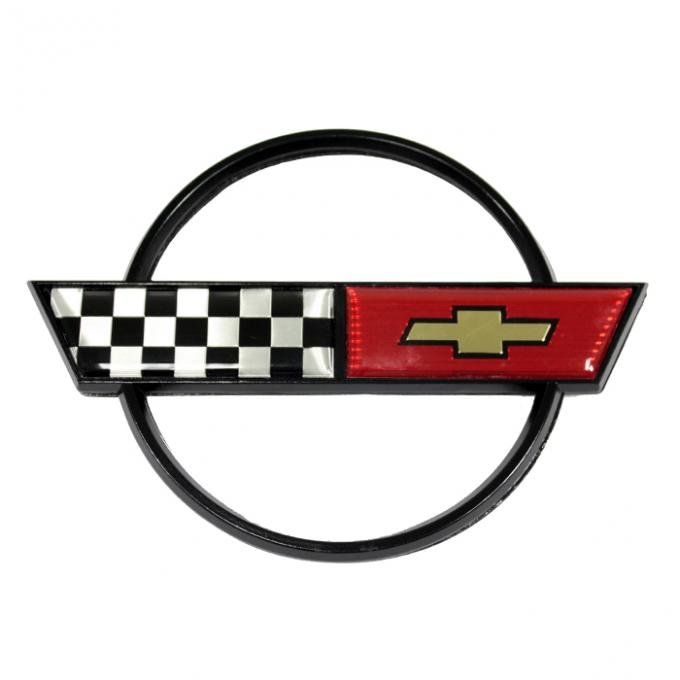 Since its introduction in 1953, the Chevrolet Corvette has always been identified by its own emblem. While redesigns often coincide with every new generation of the Corvette, a checkered flag coupled with a red flag wearing the Chevrolet bowtie and the fleur-de-lis were generally incorporated. Uniquely, the badge of the fourth generation version of the sports car was the only occasion when the French lily flower was not used on the vehicle. This reproduction gas door emblem is a match for Corvettes produced between 1984 and 1990.

Corvette Gas Door Emblem, 1984-1990:
Reason for Inquiry:
* Your Name:
* Email (This will not be displayed)
Question:
Ask Question
www.motorcityvettes.com is owned and operated by Corvette Warehouse, LLC