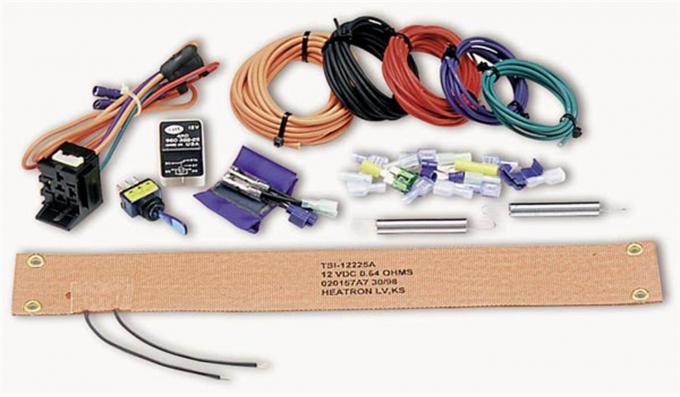 CALL US
844.323.8388
Description Downloads Specifications Reviews (0) Product Q&A
NOS systems are calibrated for optimum performance with a bottle pressure of 900– 950 psi. The pressure will change with temperature. Heater kits are thermostatically controlled except P/N 14169NOS, which is pressure controlled to keep the bottle at correct pressure. Kits available for the most popular–sized bottles, with both 12–volt and 110–volt heaters offered.
Features:
Holley Performance Emission Code 4: This part is legal for sale or use on Racing Use Only Vehicles. The following vehicles are considered Racing Use Only Vehicles: Racing Use Only Vehicles are vehicles that are used exclusively for competition that are not registered and that may never be used on the street. WARNING: It is against the law to install this part on an Emissions Controlled Vehicle

NOS Nitrous Bottle Heater 14160NOS:
Reason for Inquiry:
* Your Name:
* Email (This will not be displayed)
Question:
Ask Question
www.motorcityvettes.com is owned and operated by Corvette Warehouse, LLC