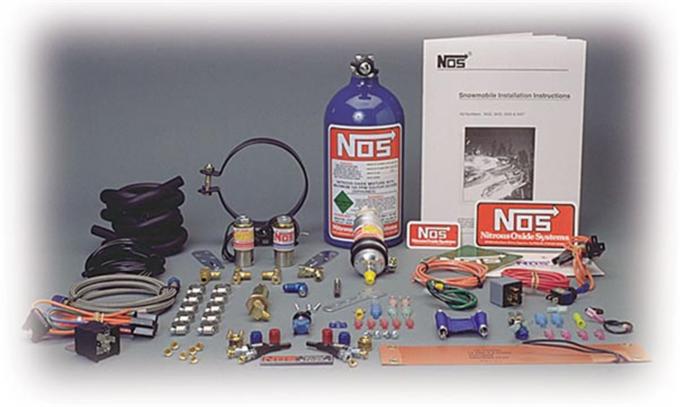 CALL US
844.323.8388
Description Downloads Specifications Reviews (0) Product Q&A
Touch the button and your "hawg" turns into a wild boar. With a super strong bottom end, Harley engines can take more pushbutton horsepower than most. And, the fully adjustable Fogger(TM) lets you choose how much is just right. With the jets included in each Harley kit, you can expect to see a 30% to 40% increase in horsepower and torque. Plus, the Fogger(TM) can be adjusted for even more (or less) power by simply changing jets if your engine is modified. Easily installed in an afternoon, the Fogger(TM) kit comes complete with everything you need; including detailed, easy to follow instructions, nitrous and fuel solenoids, Fogger2(TM) nozzles, filters, fittings, tubing, fuel pumps, T-fittings, jets, switch, hose, and all other hardware necessary for a complete installation. Please contact the NOS Technical Support Department for jet recommendations before you make any changes.
Features:
Holley Performance Emission Code 4: This part is legal for sale or use on Racing Use Only Vehicles. The following vehicles are considered Racing Use Only Vehicles: Racing Use Only Vehicles are vehicles that are used exclusively for competition that are not registered and that may never be used on the street. WARNING: It is against the law to install this part on an Emissions Controlled Vehicle
Installation Notes:
Tech Note: Most applications may require more fuel for the nitrous system than a standard petcock will allow. If you require more fuel flow, dual-feed high-flow petcocks are available. Please contact the NOS Technical Support Department for more information.

NOS Motorcycle/ATV 4 Stroke Nitrous System 03011NOS:
Reason for Inquiry:
* Your Name:
* Email (This will not be displayed)
Question:
Ask Question
www.motorcityvettes.com is owned and operated by Corvette Warehouse, LLC