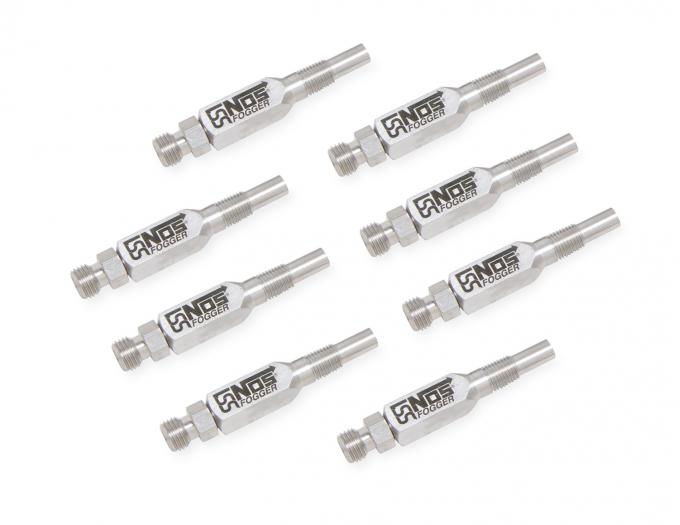 CALL US
844.323.8388
Description Downloads Video Specifications Reviews (0) Product Q&A
NOS has developed our first dedicated DRY nitrous Fogger nozzles specifically designed for use with multi-stage, direct port, Electronic Fuel Injected applications. The single stage nozzle, Fogger SS1, is constructed from Stainless Steel for strength, long life and maximum flow. The Fogger Ti2 and Fogger Ti3 nozzles are constructed from billet Titanium for light weight, durability and maximum nitrous flow required by today's high power, multi-stage applications. NOS has been the leader in innovative, quality nitrous systems and components for over 35 years. These nozzles are the next step in the evolution of Nitrous Oxide power.
Features:
Holley Performance Emission Code 4: This part is legal for sale or use on Racing Use Only Vehicles. The following vehicles are considered Racing Use Only Vehicles: Racing Use Only Vehicles are vehicles that are used exclusively for competition that are not registered and that may never be used on the street. WARNING: It is against the law to install this part on an Emissions Controlled Vehicle
Installation Notes:
For use in Single & Multi-Stage Direct Port applications

NOS Fogger Nozzle 13691-8NOS:
Reason for Inquiry:
* Your Name:
* Email (This will not be displayed)
Question:
Ask Question
www.motorcityvettes.com is owned and operated by Corvette Warehouse, LLC