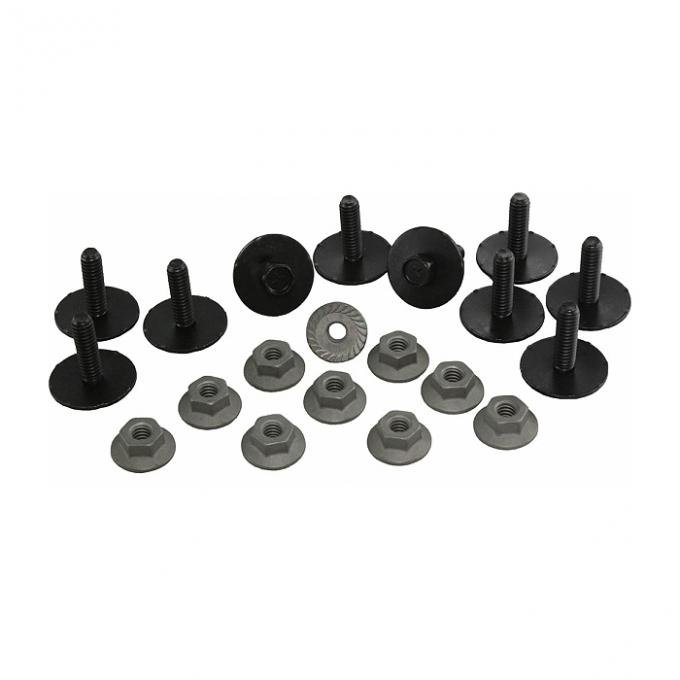 The third generation (C3) Chevrolet Corvette’s sleek performance styling received a minor facelift for 1973 with the addition of a newly instituted 5-mile per hour front bumper. In the restoration process of a Corvette produced between 1973 and 1979, missing attaching fasteners for the front spoiler will make this 16-piece hardware kit will be useful.

Corvette Front Spoiler Attaching Hardware Kit, 1973-1979:
* Your Name:
* Email (This will not be displayed)
Question:
Ask Question
www.motorcityvettes.com is owned and operated by Corvette Warehouse, LLC